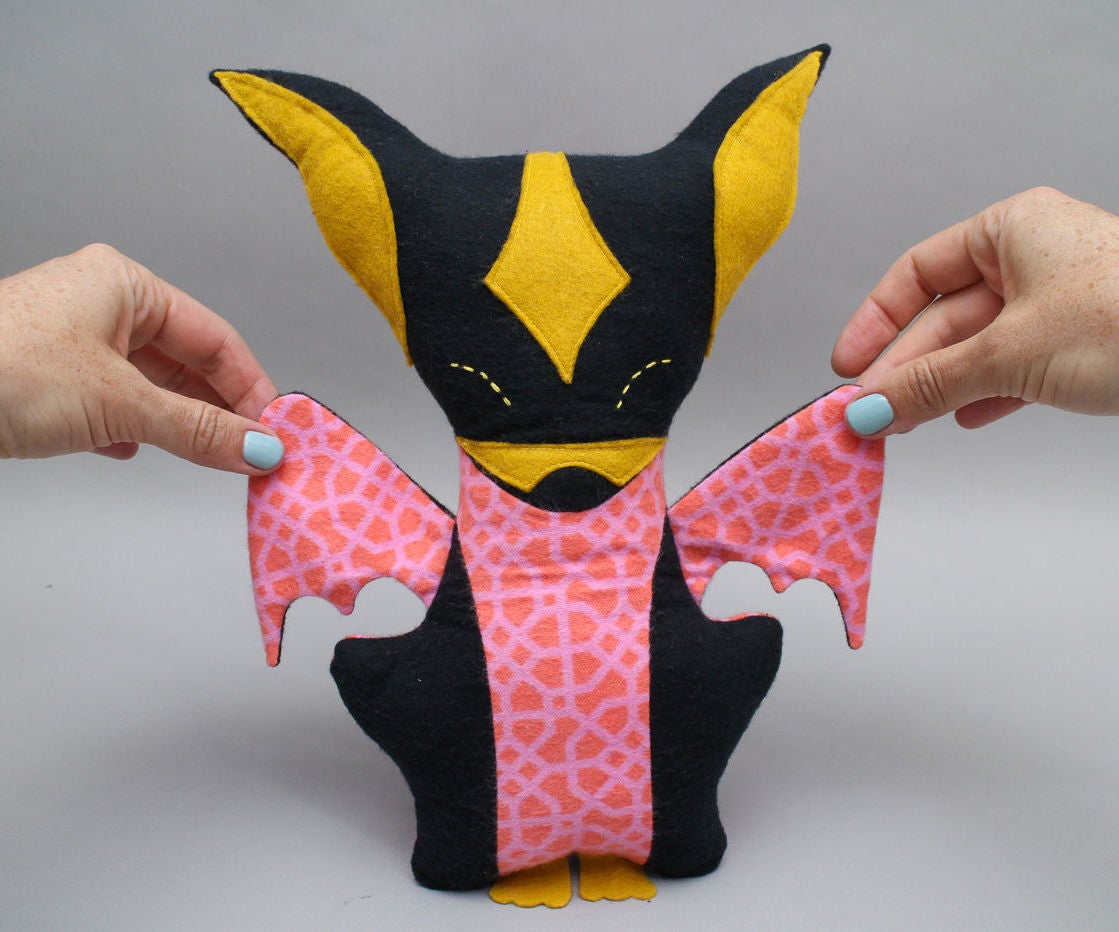 Step One – Fold the red sheet of felt in half. Insert the sewing pins to secure it in place. Using the scissors, cut out an oval shape, approximately 2″ wide and 3″ tall. Remove the sewing pins and plug in the glue gun, so it can begin to warm up.

Step Three – Apply a thin layer of glue around the perimeter of one of the red oval pieces. You do not want to go all the way around with the glue, just about ¾ of the way. Next, place the second piece of red felt on top of it and firmly press down. There should be a small opening in between the two pieces of red felt.

Step Four – Glue the black head of the ladybug onto the opposite end of where the small opening is. Then you want to glue the thin black piece onto the back of the ladybug, starting from the head and going down the center of its back. The black circular pieces can then be glued sporadically onto the ladybug’s body.

Step Five – Take the two small googly eyes and glue them above the head, one on each side of the long black strip in the center of the ladybug’s body.

Step Six – Once all of the felt pieces are completely dry, gently begin to stuff the ladybug with the poly-fill. Do not overstuff the body. Glue the small opening closed.